The Life Options Patient Scrapbook exists to share photos of patients exercising, playing with grandkids, working—to show that life with kidney failure can be full and active! 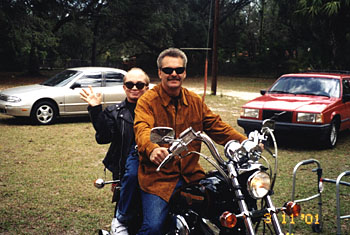 Bruce Schultz catches a ride on his friend’s motorcycle. “My friend Joe and me on his Harley. We’re off to Bike Week in Daytona Beach.” 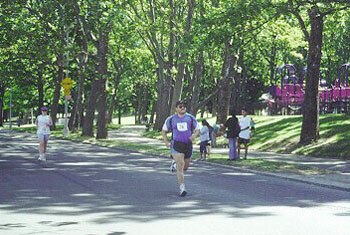 Alberto, 35, a hemodialysis patient, participated in a 5k race on June 19,1999. “At the time I was on hemodialysis about 10 months. I completed the race in 39 minutes-my personal record at the time. Since then, I have continued exercising and participate in races every summer. Through exercise, I have been able feel better on dialysis, continue working almost full time, and make the most of life with kidney failure.” Alberto has been on hemodialysis since September of 1998 and is currently waiting for a transplant. 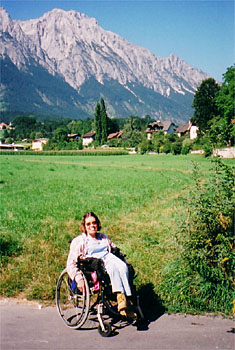 Robin visited Hall, Tyrol, Austria, in August, 2001. While there, she went to dialysis in nearby Innsbruck.

Clarence Peterson, age 75, takes a dip in the lake. Clarence is on dialysis at Purity Dialysis. His social worker, Nancy Poremski, sent these pictures to us. 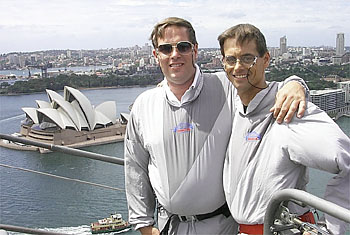 “This photo was taken in November of 1999 during my around-the-world trip. I met my brother, Charley (on the left), in Sydney. We spent 2 weeks together going from Sydney to Cairns. This picture was taken atop the Sydney Harbor Bridge, the only bridge in the world that the public is allowed to tour. We are wearing special ‘jumpsuits’ that are designed to blend with the bridge so drivers won’t be distracted as we climb the superstructure for a great view of the Sydney Opera House and the beautiful harbor.” 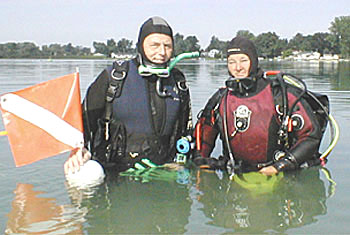 Frances (right), 36, and her husband, Ross, 52, were photographed August 12, 2001, scuba diving. Fran has been a kidney patient for 7 years. She has a condition called Focal Glomerulosclerosis which has caused scarring in her kidneys. Because of the scarring, Fran’s kidneys leak protein, causing her to retain water. Fran is currently on dialysis. Fran works nearly full time driving semi truck for a local plastic recycling and manufacturing plant. “We also ride horseback, camp with the Boy Scout troop often, and she is a volunteer 4-H leader guiding the kids who enter market steers and feeder calves in the local fair,” writes her husband, Ross. “She is truly an amazing woman and tries not to let the kidney problem slow her down much.” 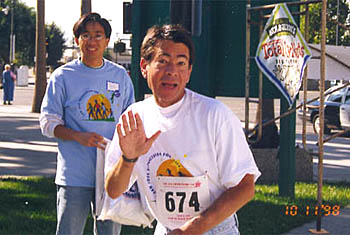 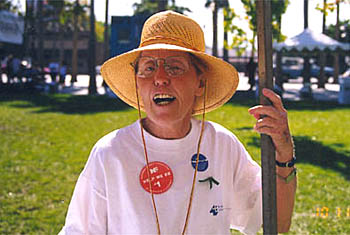 Robin Driedger, 56, has been on dialysis for 31 years! She enjoyed the day with her family. She has attended all 3 NKF SuperStride walks so far. 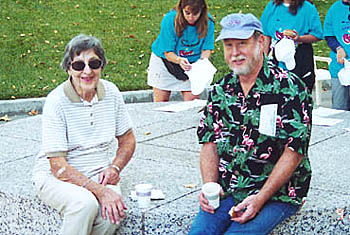 Mimi Wells, 81, 3 years on dialysis, and her son came out to walk and enjoy the day. 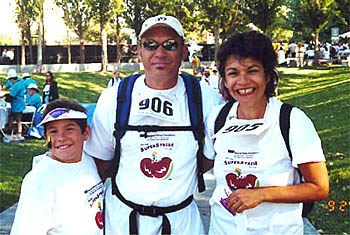 Jim Scott, 42, on dialysis for 2 years, walked with his wife and son. 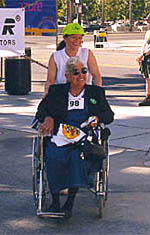 Carolina Guffey, 72, on HD for 7 years, was helped to complete the course by her daughter, but enjoyed the roll. 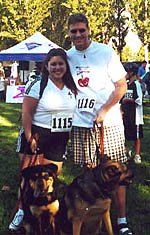 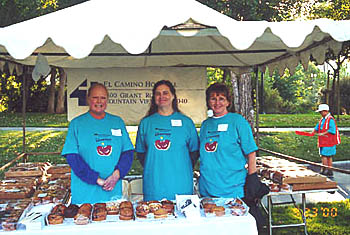 Beverly Kelly (far left), 50, 10 years on dialysis, along with her sister and neighbor, volunteered to had out muffins to fuel the walkers. 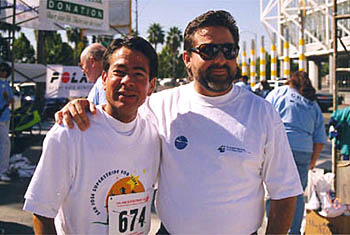 Jim Unquera with fellow dialysis patient D.J. Wheelwright who has since transplanted. 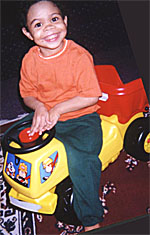 Two days before his kidney transplant and only a few hours after his Hemodialysis, Dominic was riding his brother’s tractor. Most of the time after his dialysis treatment he napped, but this day he decided to play.

10 days after transplant Dominic was walking for exercise to maintain his weight. Dominic loves to walk. He walks almost everyday (unless the weather is not good for walking) and even did so when he was on dialysis. Dominic was diagnosed with ESRD as an infant (March 1996) due to infection. 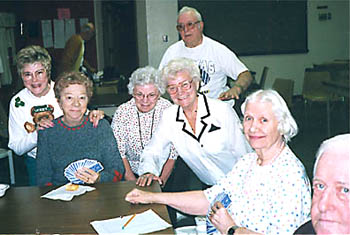 “I enjoy getting out and being with other people so that I don’t have time to think about my health,” Barbara says. She is pictured here (second from left) having a good time playing pinochle with some of her non-dialysis friends at a recreation center. Barbara has been on hemodialysis for 3 1/2 years, although she notes her kidneys have not been fuctioning well for 20 years.